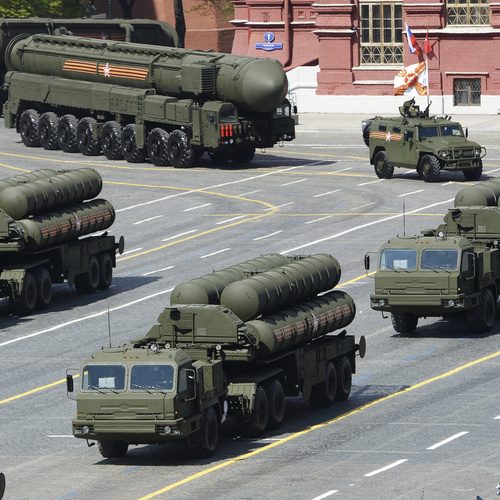 Russian S-400 Triumph/SA-21 Growler medium-range and long-range surface-to-air missile systems drive during the Victory Day parade at Red Square in Moscow, Russia, May 9, 2015. Russia marks the 70th anniversary of the end of World War Two in Europe on Saturday with a military parade, showcasing new military hardware at a time when relations with the West have hit lows not seen since the Cold War. REUTERS/Host Photo Agency/RIA Novosti ATTENTION EDITORS — THIS IMAGE HAS BEEN SUPPLIED BY A THIRD PARTY. IT IS DISTRIBUTED, EXACTLY AS RECEIVED BY REUTERS, AS A SERVICE TO CLIENTS — LR2EB590O2PO8